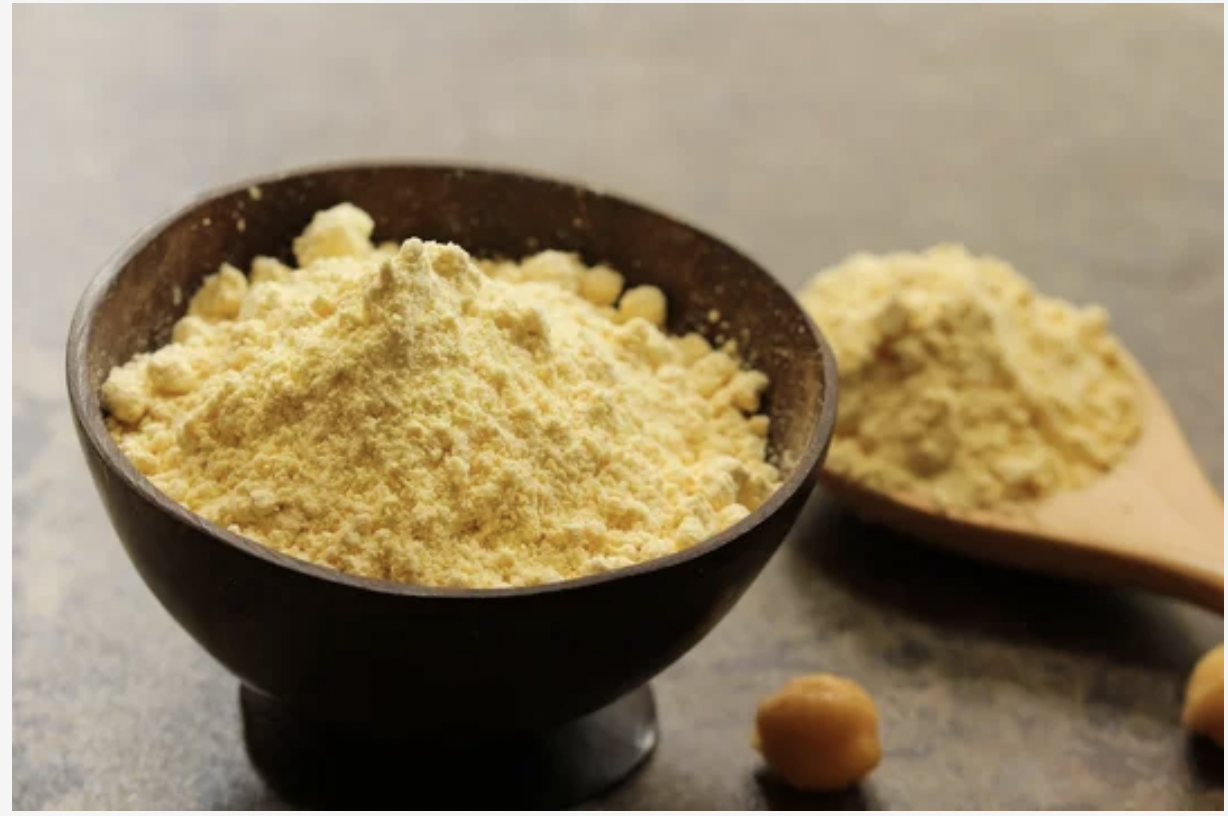 Is Besan Good for People with Diabetes?

Besan is made from chickpeas by grounding them to form flour. It is often used in every kitchen, and its recipes are liked by several people worldwide. Is Besan good for diabetes?

Snacks made with besan have a GI of 28-35, which falls under the low category. Thus, we can say that besan is good for diabetes.

Vitamin B, pyridoxine, and folic acid present in besan help in various metabolic processes. They convert carbohydrates, fats, and proteins into energy.

There are 20 grams of protein in 100 g of besan, making it the best source of protein.

About 70% of fats present in besan are healthy unsaturated fats that help reduce the body's cholesterol levels. Approximately, 5.6 g of good fat is present in 100 g of besan.

Besan has insoluble fibres, which aid in regular bowel movements. Thus, it helps in preventing and reducing constipation.

Besan has a good amount of folate (44.25 mg in 30 g) and iron (1.59 mg in 30 g). Folate boosts the multiplication of WBCs and RBCs in the bone marrow, whereas iron helps in forming haemoglobin, which is an important component of the red blood cells.

Thiamine and folate are nutrients that help in the proper brain functioning. Besan is a good source of folate and thiamine.

Magnesium, phosphorus, and calcium keep the bones strong and healthy. Besan is a good source of these nutrients.

Benefits of Besan for Diabetes

We have seen the overall benefits of besan. Now let us see its effect on diabetes. Is besan good for diabetes?

2. It helps to overcome hunger, which is common in people with diabetes. This is due to its fibre content.

4. Besan has a low glycemic index, and people with diabetes are recommended to consume food with low GI since the foods have less glucose.

6. Besan has healthy fats and high fibres, which are helpful in appropriate functioning of the heart. People with diabetes have problems with blood pressure. A good heart ensures a good blood flow with proper blood pressure.

7. Excess weight is the reason for insulin resistance and blood pressure in people with diabetes. Besan helps in weight loss since it has high fibres and fewer calories.

The Glycemic index is the rate at which consumed food increases the body’s sugar level. The GI of besan is just 6, whereas the besan flour made from it has a GI of 10. Food made with besan has a GI of about 28-30, which makes it good for consumption for people with diabetes.

Since the GI of besan is low, the carbohydrates will be absorbed slowly by the blood, which will prevent increase of blood sugar levels to alarming heights in persons with diabetes. Thus, we can say that GI is a crucial factor to be considered in any food when deciding whether it is good for diabetes. Hence, we can conclude that besan flour is good for diabetes.

No, besan does not increase the blood sugar level. Instead, it has less GI, which makes it suitable for consumption for people with diabetes.

Which flour is best for diabetes?

Besan flour is best for diabetes. It is free of gluten and has low GI compared to wheat flour and white flour. Moreover, it is rich in fibres, making it an excellent food for diabetes.