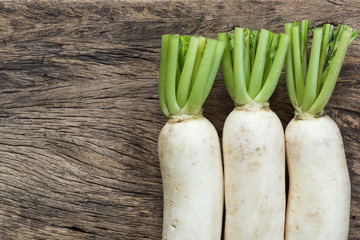 Is Radish Good for Diabetes

Is Radish Good for Diabetes

Diabetes mellitus is a group of chronic metabolic disorders typified by elevated blood sugar levels. While type 1 diabetes mellitus is characterised by decreased or no production of insulin by the pancreas, type 2 diabetes mellitus is concerned with insulin resistance, a condition in which cells do not respond to insulin adequately. Apart from drugs, eating a healthy diet composed of vegetables, fruits, grains, proteins, etc., is critical for the long-term management of diabetes mellitus.

Radishes are a group of root vegetables that are consumed across the globe. Radishes are an excellent source of vitamins, minerals, fiber, proteins, etc. Radishes are a low-calorie vegetable that has been shown to have protective functions in diabetes. This article will discuss the nutritional profile of a radish, why radish is good for diabetes, how it can be consumed, and other details.

Radish is low in carbs and calories, making it a good food choice for people trying to normalise their blood sugar levels. About one cup of radish amounts to 19 calories and 4 grams of carbohydrates. Radish is also a rich source of natural antioxidants like vitamin C, and one cup of radish provides almost 29 % of recommended daily allowances (RDA) of vitamin C. The nutrients and their quantities present in 100 grams of radish are tabulated below:

Advantages of Radish for Diabetes

Ways to Consume Radish for Diabetes

Radish can be taken as part of a meal or taken as a snack. Radish has soothing properties, and therefore consuming them at night may aid in sleeping. There is no best time to consume radish, and they can be eaten as you please!

Risks of Overconsumption of Radish

Other Health Benefits of Eating Radish

Radish has an abundance of micronutrients, and its low-calorie content makes it a good food for people trying to reduce weight. It is low in carbs, high in fiber, and is a low GI food. All these, combined with their protective action in diabetes, make it an excellent vegetable to be included in the diet of people with diabetes. It also has protective functions on hepatic and cardiovascular systems. Radish can be taken as part of a salad or consumed as a soup or juice. However, overconsumption of radish should be avoided as it can lead to bloating and other abdominal problems.