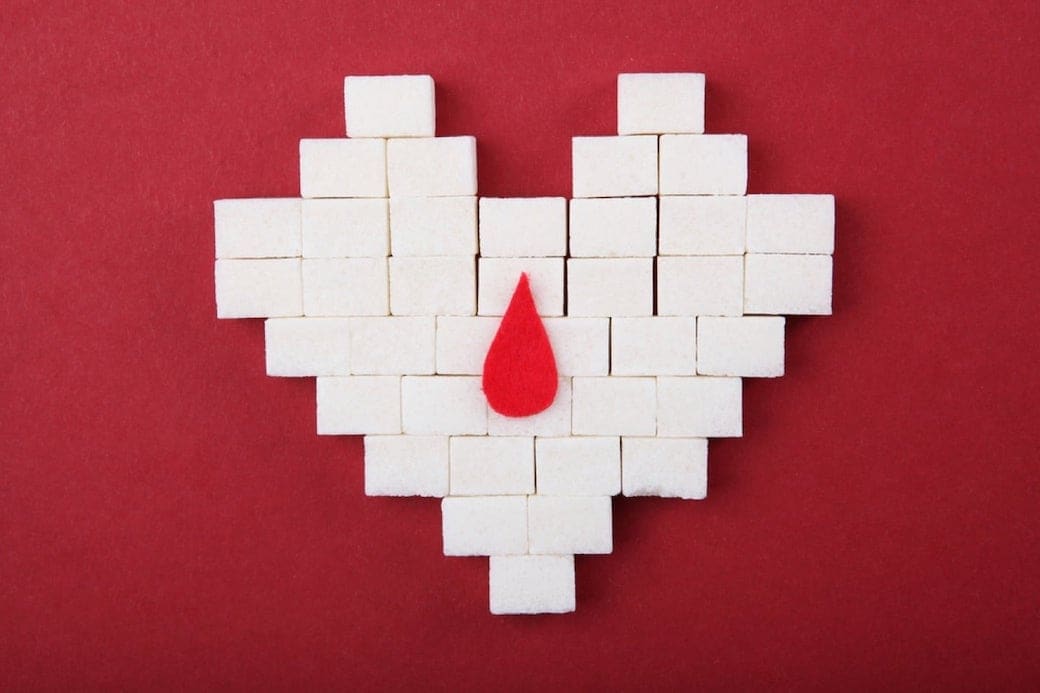 What are the causes and symptoms of diabetes mellitus

We often hear someone or the other getting diagnosed with Diabetes, something we know is related to sugar in our body. In India, the slang term for this disease is often ‘sugar’. However, we often do not understand the nuances and complications that can be associated with diabetes. This is why, at times, we are also lax in the way we deal with it. We do not work well to prevent this disease, especially in today’s times wherein we eat all kinds of junk food and rarely exercise as much as required. To be able to effectively deal with and prevent this disease, we need to understand why it may occur. What exactly is diabetes and diabetes sign and symptoms?

What is Diabetes Mellitus?

Diabetes is a condition that develops when your blood glucose, commonly known as blood sugar, is abnormally high. Glucose is your primary source of energy, and it is derived from the foods you consume each day. Insulin, a hormone produced by the pancreas, aids in the transport of glucose from meals into your cells, where it is utilized for energy. It is possible that your body does not produce enough insulin, or that it does not utilize insulin properly. This causes glucose to remain in your bloodstream and not reach your cells – resulting in high levels. This is what is the real cause of diabetes.

Type 1 diabetes is an autoimmune illness that affects the pancreas. The immune system targets and kills insulin-producing cells in the pancreas, which is where the hormone is produced. It is yet unknown what causes this onslaught. This kind of diabetes affects around 10% of all diabetics. The second one, type 2 diabetes is when your body develops insulin resistance, causing sugar to accumulate in your bloodstream. Potentially reversible diabetes disorders include prediabetes and gestational diabetes. When your blood sugar levels are higher than usual but not high enough to be categorized as diabetes, you have prediabetes and unless adequate actions are taken to prevent its development, prediabetes is frequently the forerunner to diabetes. Gestational diabetes is characterized by elevated blood sugar levels throughout pregnancy. This kind of diabetes is caused by insulin-blocking substances generated by the placenta during pregnancy. Signs and symptoms of diabetes mellitus may differ slightly based on the type of diabetes one has, but the fluctuations in the sugar levels remain constant.

Having an excessive amount of sugar or glucose in your bloodstream might lead to some very severe health complications over time. Even though diabetes has no known cure, this condition can be managed and controlled over time.

What Are The Different Types Of Diabetes?

Type 1 diabetes is an autoimmune condition where a person’s body attacks itself. The cells in your pancreas responsible for insulin production are targeted and killed by the body itself and this condition affects up to 10% of people. The condition is most often seen in children and young adults but can develop at any age. Insulin is a drug that people with type 1 diabetes need to take on a regular basis. Because of this, diabetes mellitus is also known as insulin-dependent diabetes.

Diabetes type 2 is characterized by either an insufficient amount of insulin production by the body or an abnormal response to insulin (insulin resistance) by the cells of the affected individual's body. This is the form of diabetes that affects most people and is usually seen in people older than 40-45 years of age. The condition known as prediabetes is the stage that comes before type 2 diabetes where a person’s blood glucose levels are unusually high.

Other less common types of diabetes include

Now that we have a general idea of diabetes, let’s find out what are the common diabetes symptoms. Diabetes mellitus symptoms may vary from person to person so be sure to consult a specialist. Here are the some diabetes symptoms.

To understand what are the causes and symptoms of diabetes mellitus may not be that straightforward as the symptoms may vary. Some people may develop the symptoms over time – T2D or it may also happen very quickly without any warning (auto-immune) T1D.

What Are The Causes Of Diabetes?

To understand the causes of diabetes it is important to understand the underlying factors that affect it. Diabetes has different types and causes and symptoms so let's first understand how insulin, glucose and pancreas function.

Pancreas is the organ that produces and releases a very important hormone called insulin. The food we eat releases glucose into the bloodstream and insulin is responsible for managing blood sugar levels and keeping them normal and stable. Insulin also converts blood glucose into energy. Too much or too little blood sugar can cause several health issues. The cells that make up muscles and other tissues use the sugar glucose as an energy source. Insulin helps sugar enter cells once it is taken into the circulation and then converts into usable energy. The liver converts stored glycogen into glucose when blood glucose levels are low, as they are when you haven't eaten in a while. Your glucose level is kept within a normal range as a result.

Diabetes is caused by various factors. Type 1 diabetes is caused by a genetic predisposition where a person has a diabetic family history. This is seen mainly in young adults and children. It can also be caused due to prolonged illness or post a big surgery. Type 2 diabetes on the other hand is caused due to sedentary lifestyle, lack of activity, obesity/sudden weight gain, unhealthy eating habits and lack of routine.

How Is Diabetes Diagnosed?

The diagnosis and treatment of diabetes both include doing a blood test to determine the patient's glucose level. There are different tests that may assess the amount of glucose in your blood: the A1c test, the random glucose test, and the fasting glucose test are the most commonly conducted tests.

The primary therapy for type 1 diabetes is insulin. It takes the place of the hormone that your body is unable to make. People with type 1 diabetes often utilize a variety of insulin kinds. They vary in their rates of action and the duration of their effects:

Other than insulin, people with type 1 diabetes are advised to lead a healthy lifestyle and consume a nutritious diet. They may also be given medication other than insulin for best results.

Type 2 diabetes is a more manageable condition and can be put into remission by doing the following things:

Diabetes is a condition that is capable of affecting the entire body instead of just a few organs. The risk and complications associated with diabetes grow with time and can develop into serious long term health issues. Having diabetes may lead to a variety of complications, including the following:

There are different types of diabetic conditions that have different causes. Based on these, doctors recommend prevention and treatment methods. Diabetes does not have a cure but here’s how you can prevent the onset of this condition.

Due to the role of the immune system in the development of type 1 diabetes, prevention is rarely possible. However, as a general rule of thumb maintaining good health and regular checkups can help manage the condition better.

In type 2, the major causes of diabetes mellitus are lifestyle habits and weight. Here’s how you can prevent the development of type 2 diabetes.

When to Consult a Doctor

Upon understanding what are the causes and symptoms of diabetes mellitus type 2, you may have an idea of how things work and what are the warning signs. Here are a few scenarios when you must consult a doctor, no matter how insignificant the symptom might seem:

If you are worried about the symptoms of prediabetes, the most common ones to consider would be – frequent thirst, urination, hunger pangs, gain or loss of weight, excessive anxiety, trembling hands, palpitations, difficulty breathing, etc. In case you are experiencing any of these, visit your doctor at the earliest.

They might advise you to get an HbA1c test along with certain other tests like – thyroid panel, kidney function test, liver function test, vitamins, electrolytes, etc. The onset of diabetes is known to mess with these levels and parameters in the body as well. Deficiency in these levels would also come under what are all the symptoms of diabetes.

Increased Hunger, Increased Thirst, Unexplained Weight Loss, Frequent Urination, etc are some commom diabetes mellitus symptoms. If you are worried about the symptoms of diabetes, it is advisable to visit your doctor at the earliest and get diagnostic tests done. Since the onset of diabetes is known to affect many health parameters in the body, your diagnostics will need to be comprehensive and including other tests like – thyroid panel, kidney function test, liver function test, vitamins, electrolytes, etc. Read more about the difference between type 1 and 2 diabetes.

What are the 6 early symptoms of diabetes mellitus type 2?

The early symptoms of diabetes include a range of changes in a person’s body. It is necessary to recognize the symptoms to cure the disease. Here’s a list of six major symptoms that indicate that you might have diabetes mellitus type 2or what is commonly called in India ‘sugar.’

Apart from these major symptoms that one needs to pay attention to, a few others like frequent infections, nausea, vomiting, itchy skin, numbness, etc., may also be noticed in a diabetic person.

What is the main cause of diabetes mellitus?

When the glucose level of the body, which is also called the sugar level of your body, gets too high, a person is diagnosed with diabetes. The primary reason remains that the hormone insulin that is produced by the pancreas is either not produced properly or is not utilized by the body correctly. Glucose, which is the main source of energy in our body, when not transported by insulin to the body cells, causes diabetes mellitus in a person.

How Common Is Diabetes?

With an estimated 8.7% of adults in India between the ages of 20 and 70 having diabetes, the disease is becoming more and more common. Rapid urbanization, sedentary lives, poor diets, cigarette use, and increased life expectancy are some of the factors contributing to the rising increase of diabetes cases. These numbers are growing with time.

What Are The Early Symptoms Of Diabetes Type 2?

The early symptoms of type 2 diabetes include : increased thirst, increased urination, blurred vision, fatigue, compromised immune system and sudden weight loss. If you experience any of these symptoms, contact your doctor and get tested for diabetes.