PCOS stands for polycystic ovary syndrome. The name polycystic ovary syndrome refers to the many small cysts (fluid-filled sacs) that form on the ovaries. These cysts are known to be caused by disturbances in the normal, healthy menstrual cycle. This causes the ovaries to enlarge and produce large amounts of estrogen and androgenic hormones (male hormones normally present in small amounts in women). Symptoms of irregular menstruation. However, some sick women do not have cysts, and even women who do not have the disease develop cysts. Although there is no perfect cure for PCOS, there are PCOS medications that can help alleviate symptoms and prevent major health problems. Most women are often afraid to think about menstruation or menstruation. Delayed or irregular menstruation, absence of menstruation for months, prolonged menstruation - all these are associated with Polycystic Ovary Syndrome (PCOS). It is a symptom of a condition known as It is a syndrome that affects women of childbearing age and is one of the leading causes of female infertility. Also know about types of pcos.

Here Are Some Facts That Bust The Myths Around PCOS

Following are a few PCOS facts that bust the myths around PCOS.

Myth 1: You Need To Have Polycystic Ovaries To Have PCOS

One might often think that the name gives away some ques about the disease, but that’s not the case.Many women who have PCOS do not have cysts in their ovaries and having cysts doesn’t mean you have PCOS. When we hear the term PCOS the focus is on the ovaries having cysts. That is why there is a current push to try and get PCOS renamed to the ‘reproductive metabolic syndrome, as this would put the focus on what’s important: the metabolic and reproductive abnormalities that are hallmarks of the disease.

To be diagnosed, a woman needs to fulfil only two of the three conditions:

Myth 2: Every Woman Grows Hair Where She Doesn’t Want

One of the most common symptoms of PCOS: is Hirsutism, which is abnormal hair growth in women. Due to excess androgens, women with PCOS can sprout unwanted hair on their upper lip, chin or chest. But this symptom is not a mandate and is not found in a few women. Ethnicity may also predispose a patient to have excess hair, for instance, if a woman is Hispanic or middle eastern, they are considered to hereditarily have more body hair in comparison to other women. Hence, the PCOS fact that women with excess hair will have PCOS is a myth.

Myth 3: You Can’t Get Pregnant If You Have PCOS

It is an unfortunate reality that many women are given a doomsday scenario when it comes to starting a family- that too by doctors. Often women are told that they cannot get pregnant by their doctors or that they would have to jump through hoops for her to become pregnant.

PCOS is a common cause of infertility. The hormonal problems do affect the ovary’s ability to release eggs to be potentially fertilized for pregnancy. But, with modern-day technology, there is only little that cannot be achieved. You can still get pregnant, both naturally or after fertility treatments such as follicle-stimulating drugs.  With the help of fertility treatments, women can and do get pregnant.

If a woman wants to get pregnant and start a family, the message here is not to get discouraged if someone tells her it’s not possible. Working with the right fertility specialist can help you get on the right track.

Myth 4: If Your Menstrual Cycle Is Irregular, You Have PCOS.

There are often many causes of an irregular period and PCOS is only one of them. A normal cycle is anywhere from 21 to 35 days. A few other reasons for an irregular period cycle are as follows, breastfeeding, extreme dieting or over-exercising, pelvic inflammatory disease, uterine fibroids, and thyroid disorders are potential causes for the same. Stress too is one of the major factors that affect the period cycle.

In other words, if your cycle is less than 22 days or more than 34 days, get in touch with your gynaecologist. Through an exam and by running additional tests as required (like blood tests to look at thyroid levels), your doctor can identify the likely cause.

Myth 5: Everyone With PCOS is Obese Or Overweight

There is a common misconception that women with PCOS are bearded and fat. It is because PCOS is a syndrome, it affects people in many ways. Though it is common to be overweight or obese, if you are diagnosed with PCOS it is not a mandate. Lean PCOS women are not common, but they do exist. The risk of using weight to gauge PCOS is twofold: Thin women might commonly be overlooked and an obese woman with irregular periods might be inaccurately diagnosed with PCOS.

Myth 6: If You Are Not Looking Forward To Getting Pregnant, You Don’t Have To Worry About PCOS

PCOS doesn’t just affect a woman's fertility; it can impact her long-term wellness for the rest of her life. It has been linked to type 2 diabetes (more than half of PCOS women have diabetes or prediabetes before age 40), high blood pressure (hypertension), poor cholesterol levels, sleep apnea, depression and anxiety, and endometrial cancer. Getting diagnosed and treated is very critical for a woman’s health.

Myth 7: You Need To Do An Ultrasound To Be Diagnosed With PCOS

As the presence of multiple follicles or cystic ovaries isn’t a requirement for being diagnosed with PCOS, a doctor need not have to perform an ultrasound.  An ultrasound may be necessary if only you don’t meet the criteria for hirsutism or irregular periods and PCOS is still suspected.

Myth 8: Women With PCOS Can Lose Weight Like Anyone Else

It is true that losing a modest amount of weight- 7% to be specific, can help regulate your menstrual cycle. But it is not always easy.  Most women often complain to their doctors that they exercise more and eat less in comparison to most women, however, they still have a tough time losing weight. Having mentioned that, it is not impossible to shed weight. We know now that weight loss is more complicated. For example, gut flora may be different in women with PCOS, which can play a role in metabolism. Your doctors must understand this, rather than sending you home with a prescription to diet and get off the couch.

Myth 10: You’ll Know For Sure If You Have PCOS

With very common symptoms like acne, mood problems, and irregular periods, it can be easy to associate these with other causes like stress. That’s one reason why PCOS is often missed, between 50-70% of women with PCOS are undiagnosed. PCOS isn’t always symptomatic, some women do not see it. Not every doctor is well-educated about the syndrome. If you are experiencing these syndromes, it is best to work with both a gynaecologist and an endocrinologist to get to the root cause.

Myth 11: Every Woman With PCOS Should Go On The Birth Control Pill

One of the common PCOS facts is that women with PCOS should take birth control pills.  Though birth control pills are a common way doctors treat the menstrual irregularities of PCOS, the treatment of PCOS depends mostly on your end goal. If you want to get pregnant, you certainly won’t go on a birth control pill. It advised a few doctors to address their hormonal health more holistically with lifestyle measures like reducing stress and eating an anti-inflammatory diet.

Myth 12: PCOS Is A Life Sentence For Feeling Bad

While there is no complete cure for PCOS, there is a lot of hope that they will feel better. Though you can never get to the point where you can say that you’ve completely cured yourself, you can continually be in a healing process that brings your body to a balance.

These myths can lead women astray and make them look for alternatives that can harm them. They can also stop them from getting the right treatment and adhering to a routine that is best for them. Myths are often misleading and your only reliable source of information should either be your doctor or a verified website or magazine.

Is PCOS a Lifetime Syndrome?

It is a well-known PCOS Fact that it is a lifelong disorder that can be managed with appropriate medical care. It is often misdiagnosed and poorly understood.

What percent of the population has polycystic ovary syndrome?

Can you have a baby with PCOS?

Women with PCOS are more likely to have trouble conceiving than other women. While most women have PCOS and become pregnant, they often take longer to fall pregnant and are more likely to need fertility treatment than women without PCOS. 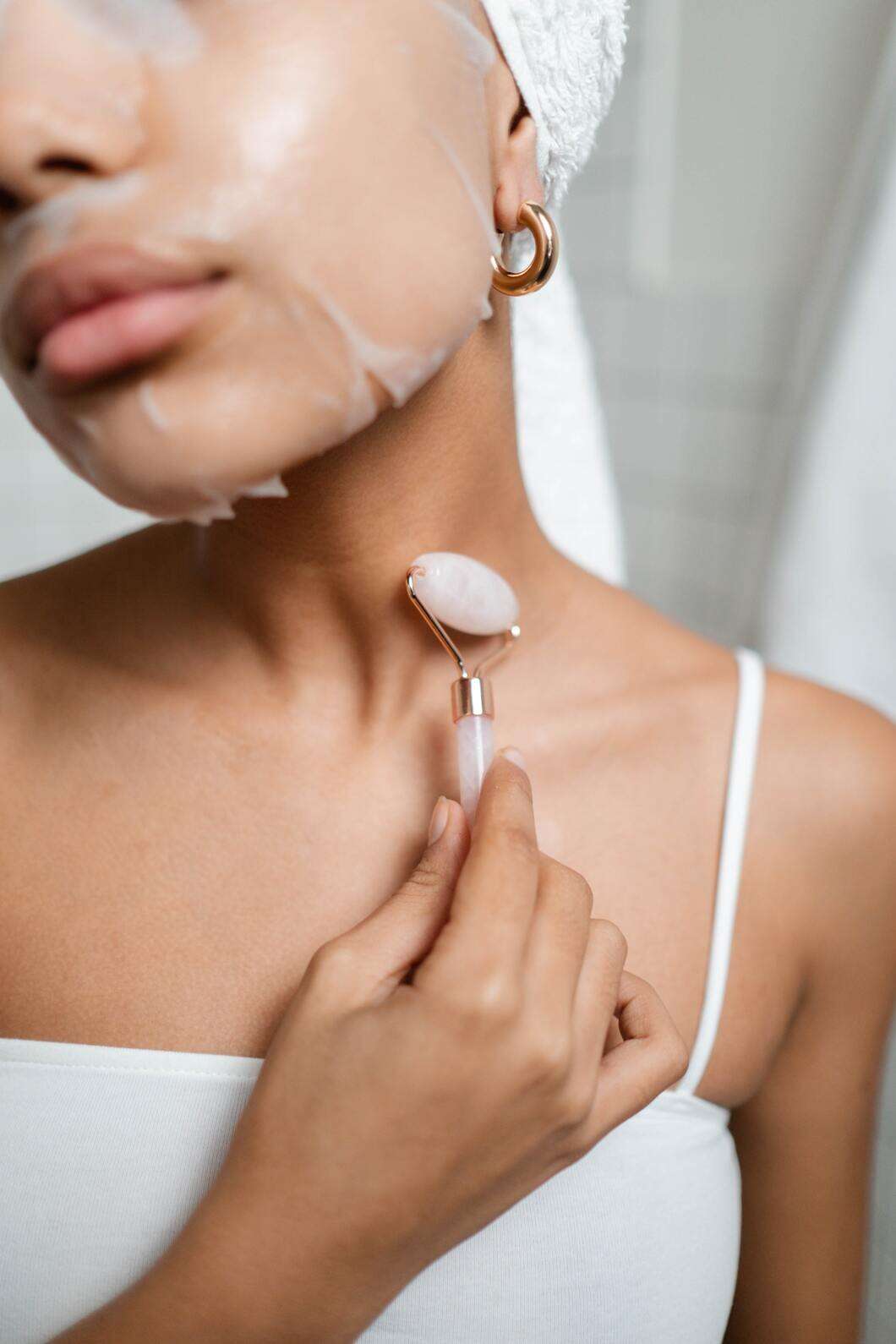