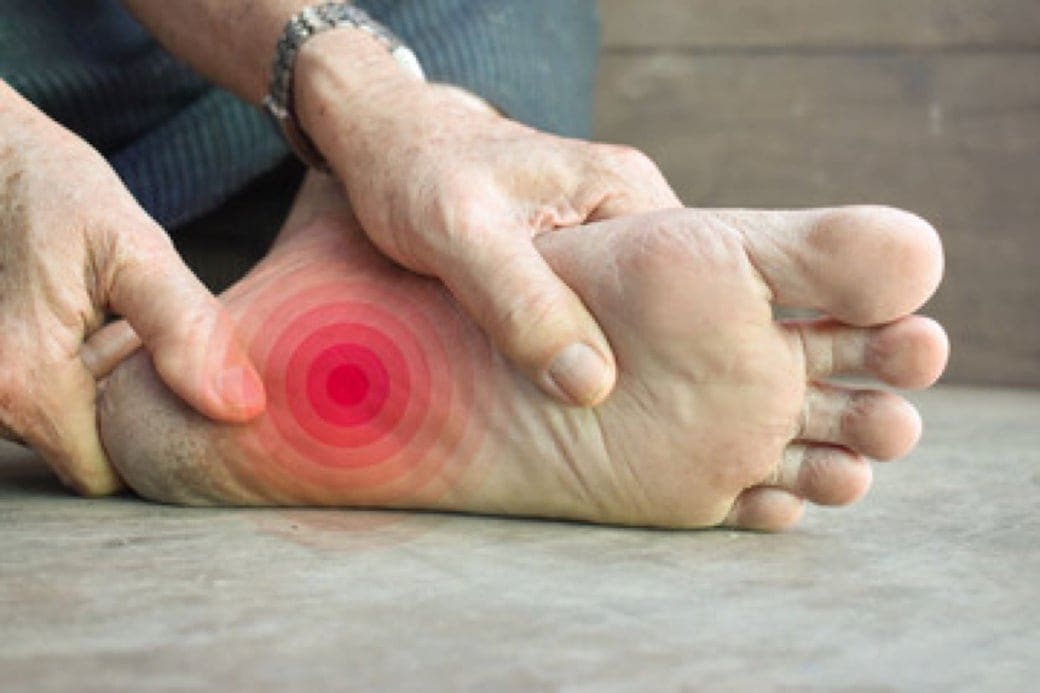 What is Diabetic Foot Ulcer

Foot ulcers are the most common form of complication seen in persons with uncontrolled diabetes that has not been managed via insulin treatment, exercise and diet. What is Diabetic foot Ulcer ? A diabetic foot ulcer, which affects roughly 15 percent of patients with diabetes, it is a sore or wound that appears on the sole/bottom of the foot. Such ulcers usually develop under the balls or the feet or on the big toes. It appears when skin tissue disintegrates and exposes the underlying layers – sometimes affecting the feet down to the bones.

While anybody with diabetes is at risk of developing a foot ulcer, it can be prevented by good diabetic foot care. Some individuals need to be hospitalised as a result of infection or other complications. A section of people who develop a foot ulcer may even have to undergo an amputation. However, diabetic foot treatment entirely depends on the cause of the ulcer and the stage at which it was diagnosed. While timely detection can avoid infection, practices like nail care, foot hygiene, and the right diabetic footwear can help prevent ulcer-causing injuries.

If you have had uncontrolled blood sugar levels for a long time, you may be at risk of developing a foot ulcer. Watch out for unmistakable signs like drainage from the foot that stains your socks or shoes. Irritation and redness in the skin of the foot, unusual swelling, and foot odours are other symptoms of an ulcer beginning to form in your foot. Pay attention to the following signs:

Doctors ascertain the severity of a foot ulcer against the Wagner Grades. The Wagner Ulcer Classification System gauges the seriousness of an ulcer on a scale of 0 to 5.

Diabetic foot ulcer treatment depends on the same. The severity is classified in the following manner:

0 : No foot ulcer present; lesion may have healed, or there is a risk of occurrence

1 : Surface ulcer on full skin thickness but has not yet penetrated to underlying tissue

2 : A deep ulcer that reaches past the surface down to muscle and ligaments

3 : Involvement of deeper tissues, along with an abscess, inflammation of subcutaneous connective tissue, tendonitis, infection in muscle

4 : Gangrene with decaying tissue around the area of the ulcer, limited to a portion of forefoot or heel

Persons who have had type 2 diabetes for a long time are likely to get ulcers of the foot. These can be caused due to either vascular or neuropathic complications or a combination of both. Diabetic foot ulcers develop due to:

Both high levels of glucose and poor circulation can slow down the healing process in case the ulcer gets infected, making diabetic ulcer treatment difficult. It is important to manage blood sugar levels to aid healing. Diabetic neuropathy, a long-term effect of diabetes, can damage nerves in the legs and feet, resulting in a loss of feeling in those areas. Tingly and painful toes and feet are a symptom of nerve damage. With reduced sensation in the feet, a person is likely to get painless wounds that can cause ulcers.

There can be several causes of foot ulcers, but anyone with diabetes is susceptible to these. Older men, in particular, are more likely to get ulcers. The risk goes up if you use insulin or suffer from a diabetes complication like a kidney, eye, or heart disease. Excess weight and alcohol or tobacco use can also cause foot ulcers, as these inhibit blood circulation. Poor foot hygiene (not washing the feet thoroughly, not drying the area well after washing), improperly trimmed toenails, and ill-fitting or poor quality shoes can also be contributing factors. Diabetic foot ulcer symptoms may not always be present, which makes it important to watch for any loss in sensation or calluses.

Effective blood sugar management can help heal foot ulcers faster. If the ulcer is infected, the doctor will prescribe antibiotics, wound care, and in rare cases, surgery. To begin with, practise off-loading, or staying off your feet to prevent pain. Walking too much can create pressure, making an ulcer expand and worsening the infection.

Protect the feet. Wear shoes designed for people with diabetes. Your doctor may ask you to wear compression wraps, foot braces or casts, or shoe inserts to prevent calluses or corns. These can speed up the healing process by reducing pressure and irritation to the affected area.

Remove dead skin, tissue, or any foreign objects that may have caused the ulcer. This process of removing foot ulcers is called debridement. At times, a diabetic foot ulcer causes serious complications, which may require surgery. To avoid this, you will be put on a course of antibiotics if the ulcer gets infected. In case of severe infections, the doctor may order an X-ray to check for signs of a bone infection.

Even if you get a foot ulcer, you can prevent infection by regular foot baths, keeping the area dry, disinfecting the surrounding skin, using dressings that inhibit bacterial growth, and taking the right medication.

When to see your doctor

Not all ulcers will cause severe complications or require surgery. Watch out for early signs of an infection, including black tissue or flesh around an area that has been numb. Untreated ulcers are more likely to cause abscesses and spread to other areas.

While the idea of surgery or amputation, which happens only in severely infected cases, is terrifying, foot ulcers are perfectly treatable if caught early. Persons with diabetes who develop a foot sore should get it examined right away. To allow the ulcers to heal, rest your feet and continue to follow your prescribed treatment plan. A diabetic foot ulcer will heal over several weeks. Keep your blood sugar in check, follow a healthy diet, and take pressure off your feet to aid healing.

Diabetic foot ulcers can be serious and therefore it is recommended to prevent them at the early stages. Foot ulcers have become common in diabetic patients. When you start feeling the numbness in your feet due to the ulcer, that’s when the problem gets serious. However, by having good foot care one can avoid the problem becoming serious. Also, early detection and medication can help to make the foot ulcer less serious and it might get serious if you keep on neglecting it till its last stage.

How do you get rid of diabetic foot ulcers?

If you are at the early stages of having a foot ulcer then good wound care might save you from future pain. In some cases, antibiotics and medications can also help to get rid of it. Techniques like the elevation of the foot, prosthetics, and orthotics can also prove to be helpful. However, if you are at severe stages then you might have to go for surgical treatments to get rid of a diabetic foot ulcer. Taking good care of your feet and removing dead skin and other things that might have caused it in the first place can help to get rid of it before complicating the problem.

Can you walk on a foot ulcer?

Taking a complete goodbye from walking while you have a foot ulcer sounds insane. The best you can do is take care of yourself while walking. You must not walk barefoot if you have a foot ulcer. Also, avoid walking too much as it might create unnecessary pressure on the wound and prevent it from healing. It's recommended to keep the area of the ulcer clean and bandaged properly. If you properly do the dressing of the wound, it will be a little difficult for you to walk.

Can diabetic foot be cured?

Unfortunately, there is not a complete cure out there for diabetic foot ulcers but if you indulge in taking good care of the foot ulcer, chances are that it might heal. However, if you fail to manage your sugar levels and do not take good care of the wound it will become really difficult for you to cure the foot ulcer. In the early stages, having proper medications and foot hygiene can help you to reduce the impact of the disease.

When does a foot ulcer need surgery?

After assessing the wound in its initial stage, generally, medications are prescribed and treatment continues for 12 weeks. However, if there is no sign of improvement and healing post the completion of 12 weeks then you’ll have no other option but to get the ulcer treatment surgery done. People with diabetic foot ulcers are at higher risk of leading amputation that means getting a surgery.