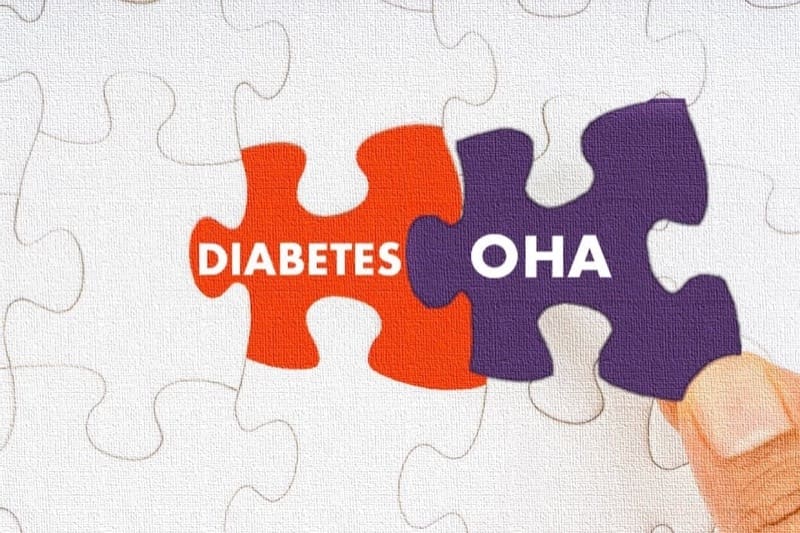 Diabetes is a chronic metabolic impairment in which the body loses the ability to utilise glucose produced by various metabolic processes resulting in an unregulated amount of circulating glucose within the bloodstream. Diabetes occurs primarily due to the shortage of the hormone insulin.

Diabetes is broadly divided into the following two basic types -

2. Type 2 Diabetes : Where the pancreas produce insulin that is not effective and the mechanism of insulin-mediated uptake of glucose by cells is impaired. This leads to an increased level of insulin in the bloodstream, which further reduces the synthesis of insulin. Type 2 Diabetes is often caused by prolonged states of insulin resistance occurring due to ageing, obesity or metabolic disorders.

Diabetes can be controlled to delay its side effects. It can be easily achieved by undergoing lifestyle changes, eating a healthy, balanced diet, proper exercise, and losing excess weight.

In this article, we will discuss the treatment for Diabetes. Read more about management of diabetes mellitus.

How is Type 2 Diabetes Treated?

To achieve good metabolic control in diabetes, a combination of changes in lifestyle and pharmacological treatment is necessary. Having optimal glycemic levels helps to significantly decrease the risk of macrovascular and microvascular complications. Currently, depending on the severity and extent of progression, Type 2 Diabetes can be treated using Glucose-lowering or Hypoglycemic medications (oral & injectable) or Insulin (injectable).

The Type of Antidiabetic medication required depends on the Type of Diabetes. Hence, Insulin therapy; although can be used, is not the go-to or first choice for medication management in Type 2 DM. Insulin therapy may be prescribed for Type 2 if you have symptoms of very high blood sugar, along with weight loss. However, the first-line of treatment will be Non-Insulin Medications taken orally - called Oral Hypoglycemic Agents (OHAs), which can be used alone or in a combination with other OHAs.

Several types of non-insulin medications control type 2 diabetes, some of which are listed below:

Metformin is generally the first choice for patients with diabetes, especially those with obesity. It is relatively safe except for patients with liver or kidney damage. It is cost-effective, helps in weight loss, and is less risky for hypoglycemic (extremely low blood glucose level) attacks. It also lowers the AC1 levels, which calculates the average blood sugar level within the last three months. Some studies also suggest that metformin can even reduce the risk of cardiovascular diseases in patients with obesity.

AGIs, like acarbose, act by inhibiting the enzymes that promote absorption of carbohydrates (such as glucoamylase, maltase and sucrose) from the small intestine. It helps to reduce glucose absorption and maintains blood glucose levels after meals.

Type 2 diabetes is a chronic condition and needs to be monitored regularly to know the effectiveness and related side effects of diabetes of any ongoing medication. The primary objective is to reduce the AC1 levels to at least below 7%. The combination of different medications is also recommended to obtain maximum effects.

Why do some need Insulin and others don’t?

Insulin is recommended for life-threatening cases such as excess blood sugar levels, A1C levels higher than 10% or fasting results higher than 300 mg/dL, or higher resistance to insulin that renders all other medications ineffective.

But for individuals with a manageable level of blood sugar and who can maintain blood sugar by medications and lifestyle changes, it is not necessary to take insulin injections regularly. But, like any medications, it is mandatory to consult a medical professional before starting any treatment.

What are the symptoms if treatments aren't working effectively?

A constant high blood sugar level indicates a treatment plan that is not responding.

The frequent symptoms are as follows:

Medications for another condition could affect treatment

It is always advised to let your doctor know about the ongoing and past history before starting any diabetic treatment plan because certain medications can interfere with the plan.

Some examples are as follows:

Diabetes is an age and obesity-related metabolic disorder that can be controlled by proper medication by maintaining a healthy lifestyle. One should not be afraid but should be aware of fatal outcomes related to uncontrolled blood sugar levels.

Regular blood glucose monitoring, goal-oriented exercise, mental therapy such as yoga and meditation, adhering to a well-regulated nutritional diet plan, abhorring smoking and drinking, and regular medical checkups can decrease the risk of diabetes and promote health. Read in details how to cure diabetes.

What are the five treatments for diabetes?

The best treatment for diabetes starts by living a healthy and controlled lifestyle. Though treatment might differ from body to body, some treatments have proved to be effective for the majority. These include having a planned diet, exercising to cut unhealthy fats, etc. A few of the treatments that are not exactly lifestyle changes are having medicines and tablets and using insulin pumps to balance the blood sugar levels.

Precautions at early diagnosis can prevent a lot of future problems that a diabetic patient may face due to neglecting the easy and positive changes of day-to-day life.

The answer to this completely depends on the efforts one puts in to treat diabetes and, in some cases, it also depends on the body type. If not 100% curable, a person can surely treat it to an extent depending on the changes made in daily life. Some effective medications for diabetes can also be considered to treat diabetes to the fullest possible capacity. The treatment one can indulge in depends on factors like weight, BMI, and past medical history.