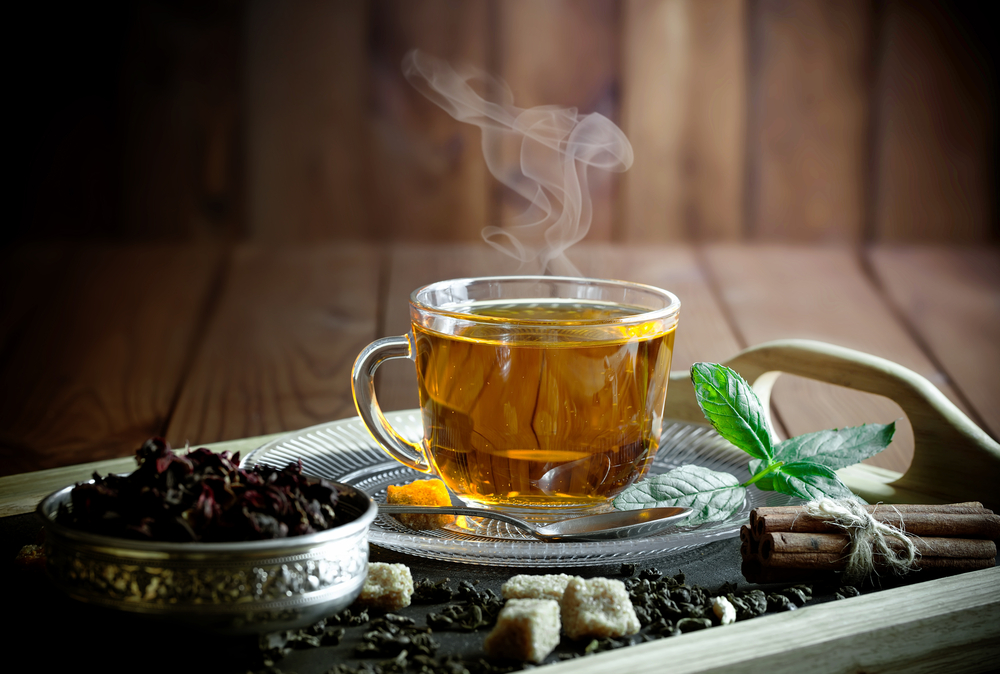 Is Tea Good For People With Diabetes?

Tea is the largest consumed beverage globally, originating from the Camellia Sinensis plant. It is of 4 major varieties, white tea, black tea, green tea and oolong tea. These categories are based on the amount of oxidation and fermentation processing being done. Traditionally, tea is consumed in India with milk and sugar, but recently, more options have popped out like lemon tea, lemon green or black tea, herbal tea, cinnamon tea etc. Is tea good for diabetes? Diabetes is a lifestyle disease primarily affecting the capacity of the body to produce enough insulin to regulate blood sugar levels. Tea contains negligible sugar and caffeine, making it a good choice of beverage for individuals with Diabetes.

Best Teas for People with Diabetes

Which tea is good for diabetes? Among the different tea variants, green tea has been suggested to be a safe and calorie-free beverage for Diabetes. Research conducted on a population of more than a thousand individuals with Diabetes suggested that when a combination of green tea and coffee was given to people with diabetes over a period of time, cardiac illness, hypertension, and hyperglycemia (increase in blood sugar levels) reduced significantly.

Green tea is made from unoxidised leaves with the least amount of processing. This makes it the tea with the most antioxidants. The nutritional profile of green tea consists of an insignificant 2.4 calories, 0 carbohydrates and 0 sugar and fats. It is used in preventing diabetes and cancer, helps in weight loss, improves memory and fights infection. Green tea contains a potent compound called Epigallocatechin Gallate (EGCG) that helps increase glucose uptake in the muscle cells. When absorbed by muscles, it is utilised as energy for different activities. This prevents the accumulation of sugar in the blood, thus reduce blood sugar levels.

Black tea preparation involves oxidation during processing. The oxidation process favours it over green tea for its oxidised tea health benefits. It is rich in antioxidants and flavonoids due to oxidation. The antioxidants help reduce the effect of free radicals that cause inflammation and infection in the body. It helps prevent type 2 diabetes by improving insulin sensitivity and lowering blood pressure. Cholesterol levels are controlled by consuming black tea regularly. It contains more calories and caffeine than green tea.

The dried parts of a hibiscus plant are processed to make hibiscus tea. It has a sweet taste and health benefits. It is categorised as herbal tea made from various spices and herbs. Hibiscus tea contains more carbohydrates than other varieties of tea. So, is this tea good for diabetes? Hibiscus tea is the preferred choice of tea to reduce high blood pressure. It improves cholesterol levels. As it helps lower blood pressure and improves good cholesterol levels, individuals with Diabetes may consume it safely.

The inner bark of the cinnamon tree rolls inwards when dried to form cinnamon sticks. When dipped in hot boiling water, cinnamon tea is made from these cinnamon sticks. The sticks can also be powdered and mixed in water to prepare tea. Cinnamon is a spice and maybe slightly spicy in taste and flavour. It contains a lot of antioxidants providing beneficial effects in reducing inflammation and fighting infection. It can be consumed by people with Diabetes as well.

Turmeric is a spice grown in southeast Asia and originates from the Curcuma longa plant. It has high medicinal value due to its anti-inflammatory and healing properties. Its yellow colour is due to the presence of an active ingredient called curcumin. One can make turmeric tea by grating the turmeric roots, turmeric powder or processed turmeric tea leaves available in stores. It is highly recommended for Irritable Bowel Syndrome, diabetes, wound healing, arthritis, cancer, heart conditions, and Alzheimer's disease.

Lemon balm is a lemon-scented herb that originates from the mint tree family. It's native to Asia and Europe. It is a homegrown plant and can be easily grown with its seeds. It has flowers which makes it aromatic. Tea is prepared by first drying or baking the leaves. The dried leaves can be stored and used for a longer time. It is highly useful in treating gastrointestinal conditions, improves mood, reduces anxiety, and has antioxidant properties.

Chamomile tea is made from dried chamomile leaves. It contains flavonoids and antioxidants. Most people ask - is tea good for diabetes? Research has proved its beneficial effects in treating long term complications of Diabetes. It is found to improve bone density and reduce the harmful effects of estrogen in osteoporosis. Chamomile tea improves sleep quality and memory and prevents cancer and other fatal diseases, but it must be consumed in moderation.

1. What are the risks of consuming tea if I have diabetes?

2. Is tea with milk good for diabetes?

Tea with milk can be consumed in moderation by individuals with Diabetes. But experts recommend green tea and ginger tea to be more beneficial.

The sugar content of tea is low and therefore does not significantly raise blood sugar levels.