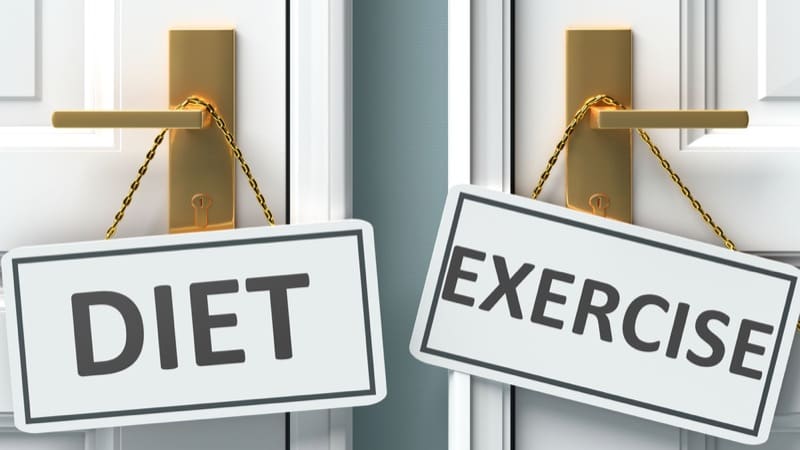 Every day, our body converts food into energy by using a hormone called insulin. This mechanism, when disrupted, results in insulin resistance, increased glucose levels, and perhaps prediabetes or type 2 diabetes.

Reviewing insulin resistance and how specific lifestyle variables such as nutrition, activity, and weight may influence your health is very important in order to control this condition. There are various diets for insulin resistance that can bring this particular phenomenon under control.

Insulin resistance, also known as poor insulin sensitivity, is a condition in which your cells have trouble reacting to insulin. If your cells' insulin responsiveness becomes disrupted, your body may attempt to compensate by producing more insulin.

When this occurs, the pancreas produces glucagon, a hormone that instructs the liver to begin releasing stored sugar. The interaction of insulin and glucagon ensures that cells throughout the body, particularly the brain, receive a constant supply of blood sugar.

Insulin resistance causes your body to have a more difficult time absorbing the quantity of glucose from meals, resulting in increased blood glucose levels. To make matters even more complicated, certain meals break down into glucose at a faster and higher rate than others.

Type 2 diabetes normally develops slowly over time, starting when muscle and other cells cease reacting to insulin. Insulin resistance is a condition in which blood sugar and insulin levels remain elevated long after eating. The high demands placed on insulin-producing cells wear them down over time, and insulin synthesis finally ceases.

The condition of insulin resistance can be managed by making certain dietary changes and consuming natural insulin foods. These food groups help to improve insulin sensitivity and lower the chances of falling prey to diabetes.

Foods To Avoid If You Have Developed Insulin Resistance

Just like there are foods that help with managing and preventing insulin resistance, there are various foods that should be avoided in order to not develop insulin resistance. These food items are more likely to raise blood sugar levels in the human body and regularly eating them will result in health issues in the long run.

These foods should also be avoided if you’re aiming for weight loss. If the glucose from these foods remains in the bloodstream for a long time, insulin will respond less and less to added blood sugar and will eventually end up causing damage to kidneys and nerves.

Avoiding these foods will contribute to weight loss and prevent the development of insulin resistance.

While these foods should be avoided in order to prevent insulin resistance, they can be consumed in moderation occasionally. By choosing a diet that is fiber rich and low in sugars, one can slowly but steadily reduce their chances of developing insulin resistance. Also know about prediabetes diet.

Diets for insulin resistance weight loss are just one part in the process of managing insulin. Daily exercise plays a major role in soaking up the glucose present in the bloodstream.

Losing a significant amount of weight is necessary as weight directly affects how insulin is used in the body. Cells that store fat end up requiring more insulin in order to break down fat into usable energy for the body. This causes the body to release more insulin which in turn causes insulin resistance.

Exercises like high intensity interval training, cardio, regular walking and yoga are highly beneficial for managing this condition. Regular workouts are important to move glucose from the bloodstream to the muscles where they’re used for energy. Read more to know about what level of blood sugar is dangerous?

Other tips to manage insulin resistance

There are plenty of other ways to manage insulin resistance as well. Pair these with lifestyle changes and you’ll be good to go.

Insulin resistance, also known as poor insulin sensitivity, is a condition in which your cells have trouble reacting to insulin. There are various diets for insulin resistance that can bring this particular phenomenon under control. Reviewing how lifestyle variables such as nutrition, activity, and weight may influence your health is very important. Insulin resistance is a condition in which blood sugar and insulin levels remain elevated long after eating. The high demands placed on insulin-producing cells wear them down over time. Exercises like high intensity interval training, cardio, regular walking and yoga are beneficial for managing this condition. Also know about reversing type 2 diabetes.

Can you reverse insulin resistance?

With the help of diets for insulin resistance, this condition can be managed significantly. It can be reversed in time if the proper measures are taken, like regularly working out and eating healthy.

What is a good breakfast for insulin resistance?

Is salmon good for insulin resistance?

Salmon has high levels of omega 3 and healthy fats. It is great for preventing insulin resistance in the body and helps to manage other diabetes related conditions such as heart disease, stroke and obesity.