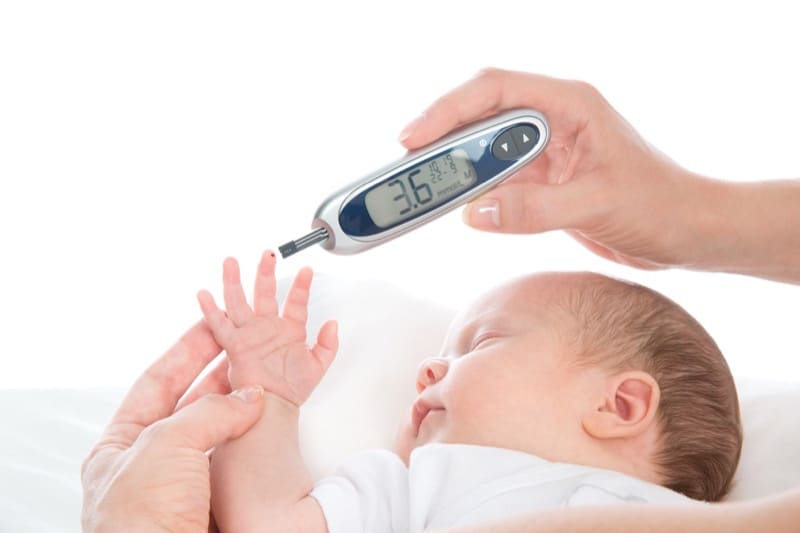 Diabetes is a medical condition that is becoming increasingly common in today’s day and age. People are more aware of type 1 and type 2 diabetes, the symptoms, the causes, the consequences, etc. However, most types of diabetes are commonly known to affect the adult population. Barring type 1 diabetes, which is also common among younger children and teenagers, all the other types are diagnosed among the adult population, normally post the age of 30 years.

Type 2 diabetes is a lifestyle condition that affects people after the age of 35-40 years. This happens due to several lifestyle-related factors like – diet, sleeping, stress, exercise, etc. Gestational diabetes also affects women who are pregnant. It may not always be present in early pregnancies (early in terms of age of the woman) but is more common in later pregnancies or at-risk pregnancies. Prediabetes is also a commonly seen type of diabetes among the older population after the age of 30 years.

Some cases of type 1 diabetes can affect people as young as infants. Due to several factors like genetics, autoimmune disorders, issues in the pancreas, etc, an infant’s body may not be able to produce insulin at all resulting in the diagnosis of diabetes. This condition can affect anyone up to their teens, sometimes even 20s, due to several aspects including the risk factors. Know about gestational diabetes treatment.

However, diabetes is not limited to these types. Many more nuanced and less-common types of diabetes are also prevalent among people. One such rare type of diabetes that affects young infants and can get highly dangerous very fast is hyperinsulinemic hypoglycemia. What is problematic about this condition along with its symptoms and repercussions is the fact that not many people are even aware that something like this exists. This means that the diagnosis is often late as the symptoms may not be recognized as fast as they should/ would have been in case there was an increased awareness among people.

Glucose is the principal form via which the body receives energy. The human brain cannot synthesize or store glucose for more than a few minutes. This means that the functioning of the brain relies on the maintenance of optimal levels of glucose in the body. Hypoglycemia can lead to damage to the functioning of the brain. This condition - hyperinsulinemic hypoglycemia - is common among infants as the name suggests and is often characterized by having an unregulated insulin release in the body. Extra insulin in the body and the bloodstream leads to persistent low blood glucose levels that can lead to severe damage to the people affected.

It is the most common cause of persistently low levels of sugars among infants and children. Due to misdiagnosis, late diagnosis, or faulty/inadequate treatment methods, the risks that this condition may lead to are catastrophic among infants and can also result in permanent brain damage. Unfortunately, the prevalence of brain damage associated with this condition is as high as 25-50%.

HH is caused due to the upregulation of the secretion by the beta-cells in the pancreas. The excess insulin and, in turn, the low levels of glucose can cause neurological damage to infants. This damage is permanent and irreparable. This consequence makes it all the more important to resort to timely treatment for HH even though it is rare. In the general population, this condition has an incidence of about 1:40,000 births.

Causes of Hyperinsulinemic Hypoglycemia in Infants

Persistent hyperinsulinemic hypoglycemia of infancy can have multiple causal factors. Luckily, the prevalence of this condition is not high among the overall number of births in the population. One of the major causes that can lead to the occurrence of this condition would be genetic mutations. How this works is that due to the changes in the genetics and gene pool, there can be defects in the beta-cell potassium channels. There are different aspects and subunits to the ATP-sensitive potassium channels in the body. Mutations in the subunits can lead to defects in biogenesis and plasma membrane. This can cause HH.

The risk factors need to be identified and checked for by looking at the perinatal history. A few of the risk factors that affect the onset of this condition could be – maternal administration of hypoglycemic agents, stress during delivery, low or high birth weight, jaundice, etc.

Regarding the baby, upon examination, certain aspects like – macrosomia, leanness, cardiomyopathy, midline abnormalities in the genitalia, etc could be present. Family history and genetic inheritance play a huge role too.

How is Hyperinsulinemic Hypoglycemia Diagnosed?

Hyperinsulinemia in newborn babies can be diagnosed if the child needs IV glucose that is more than the normal requirement to avoid hypoglycemia. It is seen during brief periods of fasting, sometimes, also soon after a meal.

Other methods of diagnosis could be:

Primarily, hyperinsulinemic hypoglycemia treatment is of vital importance as persistent low sugar episodes can lead to permanent brain damage. This can be achieved by increasing the glucose administration (orally or via IV fluids), glucagon administration, or suppressing the release of insulin from the beta-cells. Research and studies have also given rise to several new drugs that can potentially reduce the risk of HH among infants. Management of hypoglycemia is important to avoid seizures and diabetic coma.

HH is a complicated condition existing primarily in babies where the body is unable to control and regulate the release of insulin from the beta cells. The excess insulin present in the body can lead to persistent hypoglycemia which can be fatal in many cases. Permanent damage to the brain and functioning is also an issue that is common with HH. To avoid the onset of this condition, the risk factors need to be assessed well, and at the first sign of trouble, a doctor visit needs to be scheduled.

What are the risk factors of Hyperinsulinemic Hypoglycemia?

A few of the risk factors that affect the onset of this condition could be – maternal administration of hypoglycemic agents, stress during delivery, low or high birth weight, jaundice, etc. Genetic predisposition and family history of diabetes mellitus, hypoglycemia, seizures, etc could be assessed.

What are the complications of Hyperinsulinemic Hypoglycemia?

HH can cause several complications – persistent low sugars, mental fatigue, tiredness and blurry vision, and tremors. In more severe cases, it can cause brain damage and even death.