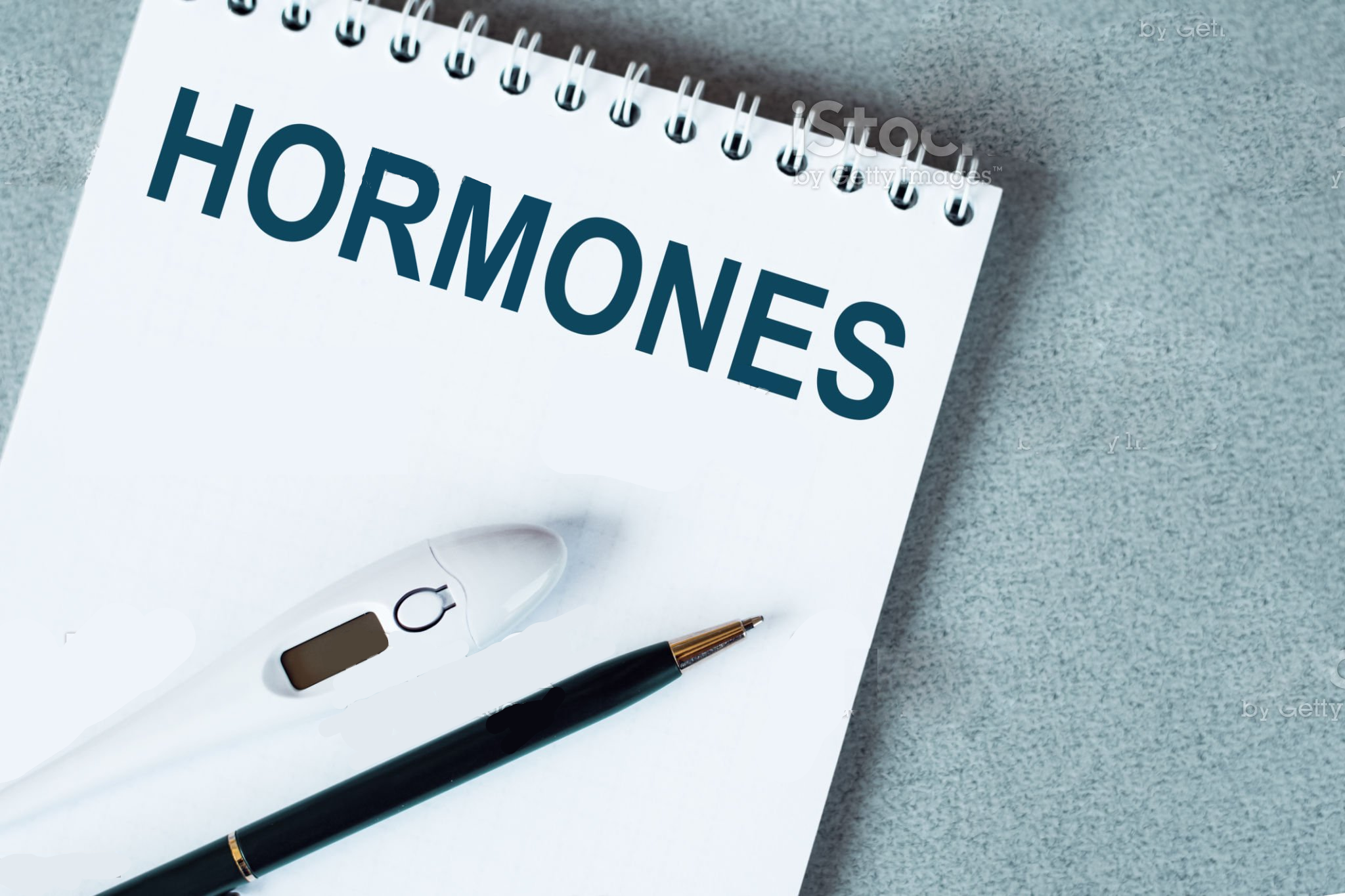 In PCOS hormonal imbalance, their erratic nature is often known to be the causal and consequential factors. Since it is a complex endocrine condition, measuring the PCOS hormone levels would be vital in the initial assessment stages. Taking a look at the hormones along with other testing factors – blood tests, imaging tests, ultrasound, etc would be essential in getting relevant and vital information that will help with the diagnosis and the prognosis.

Since a woman’s body is made up of several hormones, each of them playing a significant role in her health and optimal functioning, maintaining them at normal levels and keeping a lookout for discrepancies would be helpful. Since there is not one polycystic ovary syndrome hormone that plays a role but there are several, here are the major hormones that you can keep an eye out for.

LH levels in PCOS are one of the first things that are measured when this condition is suspected. Both, LH and FSH, are involved in the process of ovulation as they encourage it. These hormones are secreted by the pituitary gland which is located in the brain. To understand how the LH levels in PCOS might get affected, it is also important to take a look at what the normal levels might look like. At the beginning of the cycle, LH and FSH hormones might fall in the range of 5-20mlU/ml – often present in equal amounts. However, 24 hours before ovulation, there is a surge in the LH levels and the hormone rises to 25-40mlU/ml. Following the release of the egg, the LH levels go back down.

The female body also has some traces of male hormones. One such male hormone plays an important role as a major PCOS hormone. Dehydroepiandrosterone or DHEA-S is present in all women. Secreted by the adrenal gland, this androgen is present anywhere between the range of 35 – 430ug/dl. However, once PCOS blood test hormone levels are conducted, the DHEA-S hormone is often found to be greater than 200ug/dl. Further complications of high levels of this hormone could also be adrenal cancer, tumors, etc.

This hormone is secreted by the pituitary gland in the brain. Its function is to stimulate and sustain the production of milk in lactating mothers. There is no PCOS hormone imbalance noticed in women with PCOS regarding prolactin. The PCOS blood test hormone levels would be the same as any other woman without PCOS which is less than 25ng/ml. However, high prolactin levels could be an indicator of other conditions like a pituitary tumor – this could be causing symptoms similar to PCOS. In some rare cases, the levels of prolactin polycystic ovary syndrome hormone are elevated and fall within the range of 25-40ng/ml

This hormone is produced by the adrenal glands and the ovaries. When there is a PCOS hormone imbalance regarding ANDRO, it might also result in higher levels of estrogen and testosterone. PCOS estrogen levels can play a role in the diagnosis and impact of the condition. Normal levels of ANDRO would be between 0.7 to 3.1ng/ml.

After ovulation, progesterone is produced by the corpus luteum. This hormone is responsible for the preparation of the uterine lining during pregnancy. The PCOS hormones often go haywire when a woman is attempting to get pregnant with this medical condition, particularly with medications to enhance fertility. Usually, the progesterone levels are checked 7 days post ovulation. Higher progesterone levels would mean that the ovulation process did occur. Contrarily, if the levels are low, it is likely that the eggs were not released. PCOS blood test hormone levels for progesterone are important to check for the process of ovulation as in many cases, even though signs of ovulation are present, it may not have really occurred. Medications can be used to adjust this.

PCOS estrogen levels can be checked and understood as they may be important. The hormone is secreted by the ovaries and the adrenal glands also produce them in small quantities. Estrogen and progesterone work in tandem to promote proper menstruation. In many cases, there might be no PCOS hormone imbalance for estrogen. This hormone would be lower, however, high insulin levels pcos and testosterone present as high PCOS hormone levels are converted to estrogen increasing its value.

The thyroid stimulating hormone or TSH is produced by the thyroid gland which is situated in the neck. This is not actively affected as a polycystic ovary syndrome hormone as the TSH levels are usually normal in women with PCOS. The normal range is 0.4-3.8ulU/ml. Checking the TSH levels, not for PCOS hormone levels but to rule out other hormonal issues, would be vital as it can affect the menses.

One of the recent discoveries in the causes of PCOS is insulin resistance. Researchers are looking into how insulin can play a role as significant as other PCOS hormones. Accurate and timely testing of fasting blood sugar levels, fasting plasma glucose, and glucose tolerance should be conducted at the diagnosis of PCOS and regularly post that. High levels of glucose can suggest diabetes and related conditions that could contribute to the PCOS hormone imbalance.

The connection between PCOS and heart disease cannot go unnoticed. Cholesterol levels can create an impact during the diagnosis and treatment of PCOS. With the ups and downs of PCOS hormones, higher cholesterol levels are also noted. Anything above 200 is considered high. Bad cholesterol can increase the chances of heart disease and, likely, some polycystic ovary syndrome hormone levels can also be affected. Getting these levels checked periodically for women with PCOS can be beneficial

Hormones play a huge role in the overall aspect of PCOS. Irregularities and any ups and downs in any of the associated hormones can create an impact that may have severe consequences. It would, therefore, be important to keep checking these levels with blood tests so that any imbalance does not go unnoticed.

What happens in PCOS as a result of hormone imbalance?

Doctors emphasize the PCOS blood test hormone levels such as PCOS estrogen levels because of the high production of androgens. An increase in androgens can create a significant hormonal imbalance and consequently can lead to irregular menses, skipped periods, infertility, and other issues like acne and weight gain.

What hormone levels should be checked for PCOS?

Several PCOS hormones can create an impact on the functioning and well-being of a woman. Blood tests for PCOS estrogen levels, insulin, glucose, ANDRO, LH levels in PCOS, etc can be conducted to rule out any significant PCOS hormone imbalance. Each of these hormones is known to play a certain role in the diagnosis and symptoms of the condition

How do you regulate hormones with PCOS?

To regulate and maintain the normal level of PCOS hormone levels, lifestyle changes would be primary. A low-calorie diet, maintaining optimal weight, exercise, etc can play a huge role. At times, women are also required to seek medical help to optimize their hormones. For example, if the PCOS estrogen levels are low, doctors may prescribe birth control pills.

A hormone can be classified as a polycystic ovary syndrome hormone if it affects the menstrual cycle and creates other related issues. LH levels in PCOS, estrogen, testosterone, progesterone, etc are some of the hormones that affect this condition.

Are PCOS and diabetes linked?

Women who have PCOS hormonal imbalance have a higher risk of developing type 2 diabetes (T2D) and are diagnosed at an earlier age with the condition, according to a new study published in the Endocrine Society's Journal of Clinical Endocrinology & Metabolism.