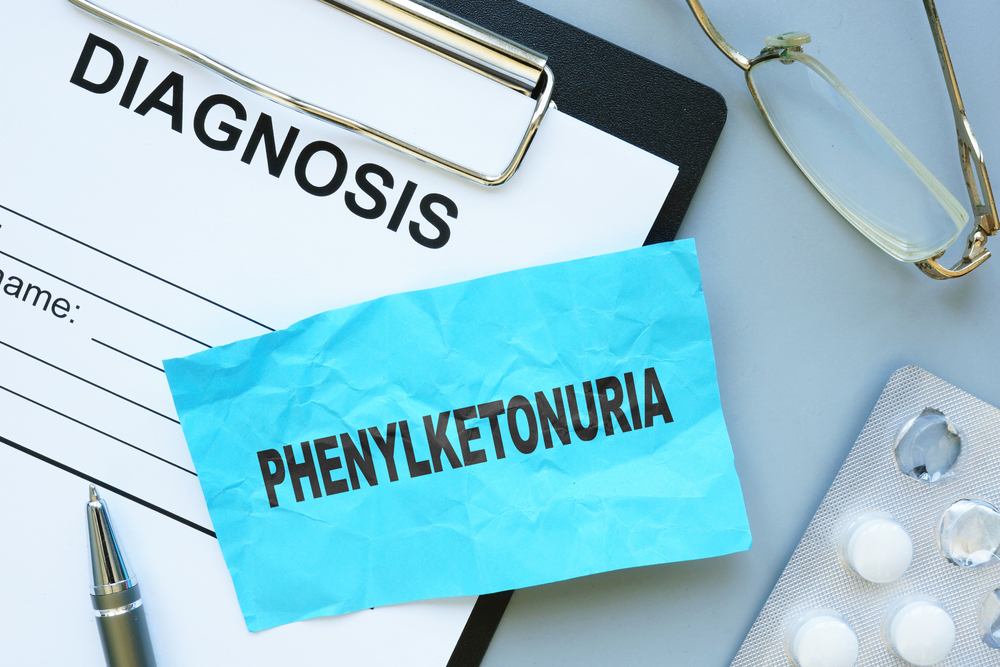 Phenylketonuria, also known as PKU, is a rare disorder that can cause the buildup of phenylalanine (an amino acid) in the body. This condition happens due to a defect in the genes whose work is to create the enzymes that are needed to break down phenylalanine.

Depending on the severity of the condition, there are two types of PKU. These include:

PKU symptoms can range from being mild to severe. In some cases, infants with PKU do not show any signs, and symptoms during the initial phases. If proper treatment is not given to the baby, the following symptoms may appear:

Immediate treatment is crucial in the cases of PKU as it may lead to several lifelong complications in the child.

Who Is At Risk?

While PKU can occur to anyone, there are a few risk factors that are associated with its development. These risk factors include the following:

When a person eats high-protein foods like meat or eggs, it can lead to a dangerous build-up of phenylalanine. This further can affect the nerve cells in the brain.

How does PKU affect the body?

Phenylketonuria is a rare genetic condition that causes a severe build-up of phenylalanine in the body. It is an amino acid that can easily be found in various artificial sweeteners and proteins. To convert this amino acid to tyrosine, the body requires an enzyme called Phenylalanine hydroxylase. This enzyme helps to create multiple neurotransmitters like dopamine, norepinephrine, etc. Phenylketonuria is caused by a defect in the gene that generally helps in creating Phenylalanine hydroxylase.

If this enzyme goes missing from your body, the body won’t be able to break down phenylalanine, which causes a significant build-up in the body. This build-up can give rise to various health problems that can alter healthy living experiences.

How Is Phenylketonuria Diagnosed?

Phenylketonuria diagnosis is usually done at birth or when the baby is just a day or two old. The basic phenylketonuria test is done by taking the blood samples. Some other tests such as urine tests or genetic tests may be performed to confirm the presence of defects.

In case a child or adult shows symptoms of PKU, the doctors conduct a blood test to analyze the presence of the enzyme needed to break down phenylalanine.

How Is Phenylketonuria Treated?

PKU treatment focuses on the alleviation of the symptoms and managing a good lifestyle with Healthy Indian Food. So, if you or any of your loved one is looking for a treatment, here is what you can expect:

How Can Phenylketonuria Be Prevented?

Phenylketonuria prevention cannot be done since it is a genetic disorder. However, if you and your partner have PKU and planning to get pregnant, there are some things you can try to lower the risk of PKU in your baby:

Now that you’re aware of what Phenylketonuria is, it’s essential to learn about its connection with pregnancy. If a woman with Phenylketonuria (PKU) gets pregnant, she remains at a higher risk of complications if she fails to follow a PKU meal during her childbearing years. The complications can be as serious as a miscarriage.

There also remains a high chance that the unborn baby may get exposed to high phenylalanine levels. If it happens, the baby can be subjected to various problems, including intellectual disabilities, an abnormally small head, heart defects, low birth weight, delayed growth, etc. Although you won’t notice these signs right after birth, the doctor can conduct relevant tests to detect phenylketonuria symptoms.

What is Phenylketonuria Hydroxylase Deficiency?

Which Enzyme is Deficient in Phenylketonuria?

Phenylalanine hydroxylase is the enzyme that is often found in lower numbers in people diagnosed with Phenylketonuria. Most PKU forms are results of PAH gene mutations on chromosome 12q23. Phenylketonuria enzyme deficiency renders the body unable to process phenylalanine.