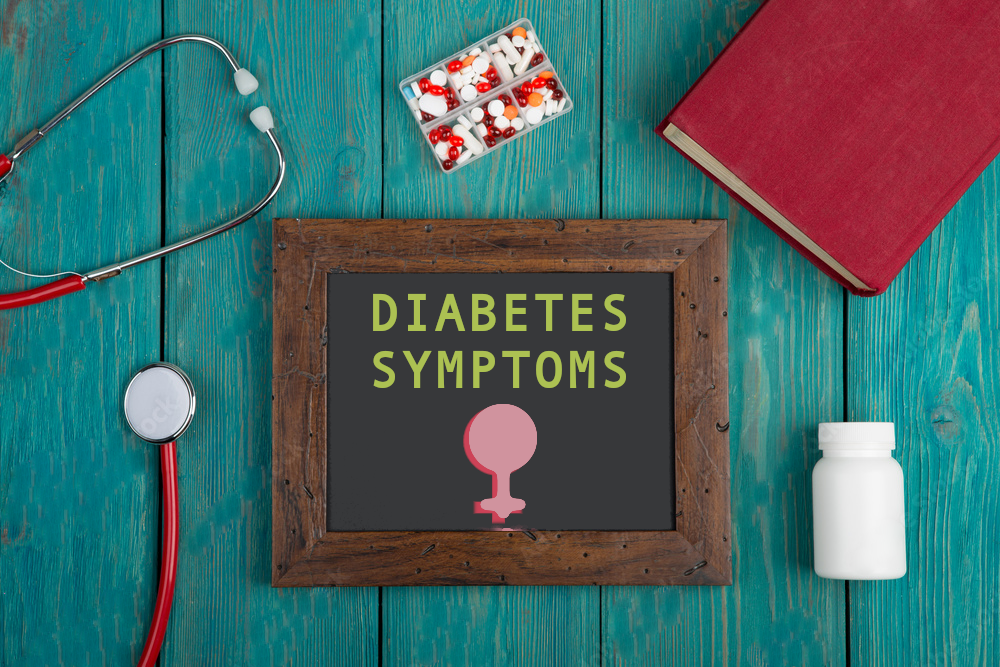 Symptoms of Diabetes in Women

Increased sugar in the urine

Risk Factors for Diabetes in Women?

The most common risk factors that can be a reason for diabetes in future include:

Most of the effects of diabetes on the human body are the same in both men and women. But women present a few unique symptoms that involve the reproductive system. These symptoms can affect the unborn child and fertility in women. In addition, women are at a higher risk of developing diabetes-related complications in extreme uncontrolled cases, including heart disease, kidney disease, blindness and depression. Hence, understanding the importance of these symptoms helps in the early detection of diabetes. Early detection helps in a better prognosis. Women can start a diabetic diet for women at an early stage to improve overall glucose control in the body.

1. Can Diabetes affect the Menstrual Cycle?

Women with diabetes are highly susceptible to experiencing irregularity in their menstrual cycle due to hormonal imbalances in the body in diabetes. An irregular menstrual cycle is considered a vital sign for the diagnosis of diabetes.

2. What are the Complications of Diabetes in Women?

Complications associated with diabetes in women include: