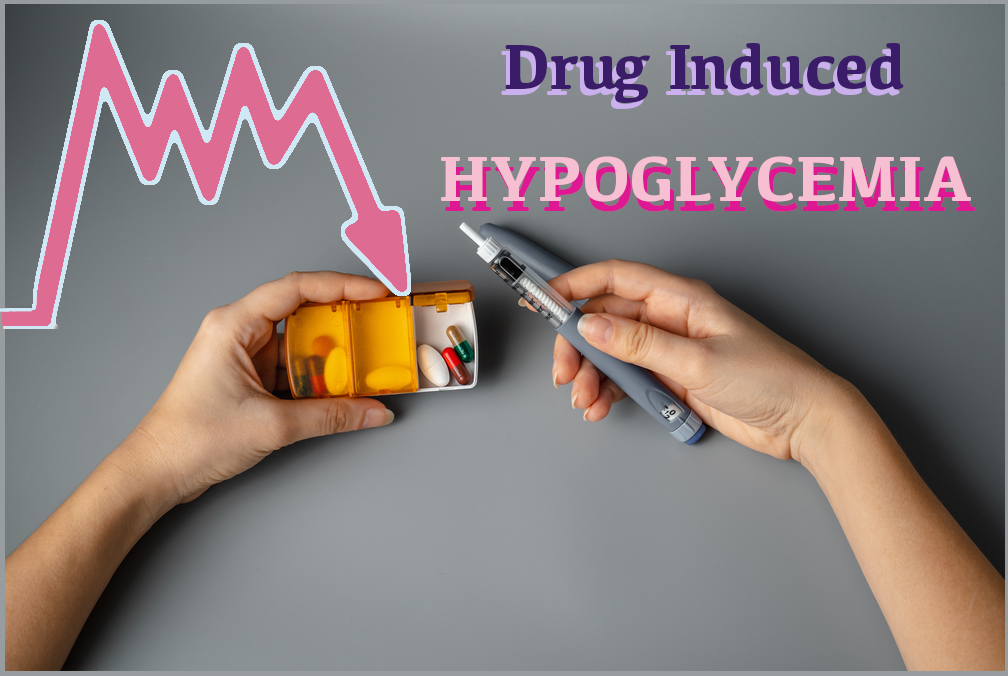 What Is Factitious Hypoglycemia?

Factitious (or factitial) hypoglycemia arises as a result of the covert administration of insulin or insulin secretagogues (sulfonylureas, meglitinides). In medical terminology, the word factitious (or factitial) hypoglycemia refers to clandestine human activity. Consideration of such a possibility often alters the patient-therapist relationship, leaving the clinician feeling duped and feeling mistrusted. However, the negative connotation associated with factitious sickness must be softened since some people with factitious disease suffer through no fault of their own. Dispensing mistakes, for example, in the outpatient or inpatient context, might result in the improper delivery of hypoglycemic medications.

The clinical characteristics, diagnosis, and treatment of factitious hypoglycemia will be discussed in this article. Other causes of hypoglycemia are covered in other sections.

Factitious hypoglycemia occurs when insulin or insulin secretagogues (sulfonylurea, meglitinides) are used, but not when metformin or other insulin-sensitizing antidiabetic medications are used. Newer medicines, such as sodium-glucose co-transporter 2 (SGLT2) inhibitors, have not been linked to hypoglycemia conclusively. Because insulin release triggered by these drugs is glucose-dependent, therapies that exploit the glucagon-like peptide 1 route should not cause hypoglycemia (ie, insulin secretion is only stimulated above a certain threshold of glucose). Another cause of factitious hypoglycemia is improper handling of hypoglycemic pills by a person with diabetes and over or under medication. The most prevalent causes of fasting hypoglycemia are pancreatic beta-cell tumors (eg, insulinoma) and the secret injection of insulin or sulfonylureas, which induces inappropriate fasting hyperinsulinism.

These symptoms may vary from case to case and may get worse than symptoms of normal hypoglycemia as factitious hypoglycemia is caused by the individual themselves, even if it might be unwittingly. In this case, the dosage of insulin administered is usually more which can even prove to be fatal. If a person with diabetes experiences any of these symptoms, they should be immediately taken to a doctor.

How Is Factitious Hypoglycemia Diagnosed?

Previously, the diagnosis of false hypoglycemia was based on circumstantial evidence such as the person’s illicit possession of insulin needles and syringes.

To alleviate hypoglycemic symptoms, the first step in treating factitious hypoglycemia is to restore normal blood glucose levels. When the person is not in the hospital, oral glucose and glucagon injections might be given first. When a person is admitted to the hospital, IV glucose should be begun, and hydrocortisone should be administered to comatose patients. Close monitoring of blood glucose levels is then necessary, and a person is typically required to have continuous IV glucose infusions until the medication effect wears off, which may take one to two days. Bogus glucose injection should be avoided in sulfonylurea-induced hypoglycemia because it may increase insulin stimulation by the circulating medication.

If sulfonylurea-induced hypoglycemia persists after IV glucose infusion, further treatment may be required. Octreotide, a somatostatin analogue that may block pancreatic beta cells, has been proposed as a first-line therapy for sulfonylurea overdose in conjunction with dextrose infusion. It is injected either intravenously or subcutaneously. Historically, certain literature findings indicated the use of diazoxide, an oral antihypertensive medication that antagonizes the impact of sulfonylurea on pancreatic beta cells and reduces insulin release. However, after the release of octreotide, it has gone out of favor.

Long-term treatment is best accomplished via cooperation with a psychiatrist, and psychotherapy is still the treatment of choice in such individuals. Antidepressants and antipsychotics have been proven in studies to be ineffective for factitious disorder. Even if they admit the diagnosis, many individuals will refuse to visit a psychiatrist.

Factitious hypoglycemia arises as a result of unnecessary administration of insulin or insulin secretagogues (sulfonylureas, meglitinides) Some people with factitious disease suffer through no fault of their own. Dispensing mistakes might result in the improper delivery of hypoglycemic medications. Whipple's triad has little diagnostic utility in diagnosing factitious hypoglycemia since the symptoms are the same in people with hyperinsulinism and individuals with factitious hypoglycemia. Hypoglycemic symptoms should be treated with oral glucose and glucagon injections first, then follow up with insulin therapy. When a person is admitted to the hospital, IV glucose should be begun, and hydrocortisone should be administered to comatose patients. Bogus glucose injection should be avoided in sulfonylurea-induced hypoglycemia. Psychotherapy is still the treatment of choice in such individuals.

What are the risk factors of Factitious Hypoglycemia?